Ontario Premier Doug Ford warned that the province’s COVID-19 hot spots are “staring down the barrel of another lockdown” while Manitoba’s top doctor urged people not to leave their homes except for essential items, as infections continue to surge in many parts of Canada.

In Ontario, Ford said that new COVID-19 restrictions could be announced Friday for Toronto and Peel and York regions, three jurisdictions consistently seeing the most new cases.

The premier said his cabinet will be discussing new public health measures in coming days. “We have to do something,” Ford said, calling the numbers in those regions “extremely, extremely concerning.”

The province announced 1,417 new cases of COVID-19 on Wednesday, with 463 new cases in Peel Region and 410 in Toronto, both of which are already under tight public health restrictions.

The province reported 32 additional deaths on Wednesday, bringing the cumulative death toll in Ontario to 3,415. COVID-19 hospitalizations increased to 535, while the number of people in intensive care beds held steady at 127.

The update came as the province’s education minister said in a statement that Ontario won’t be extending winter break for students.

In Manitoba, the province’s top doctor warned against misinformation as officials reported a record-high 249 people in hospital due to COVID-19, with 40 of them in intensive care.

“I think misinformation is a real negative thing right now,” he said. “There’s big work out there trying to convince people that this just isn’t important.… It’s very clear that our hospitals are reaching capacity.”

Roussin urged Manitobans not to leave their homes except for essential items, and he has emphasized that people should not be going to stores for Black Friday sales. 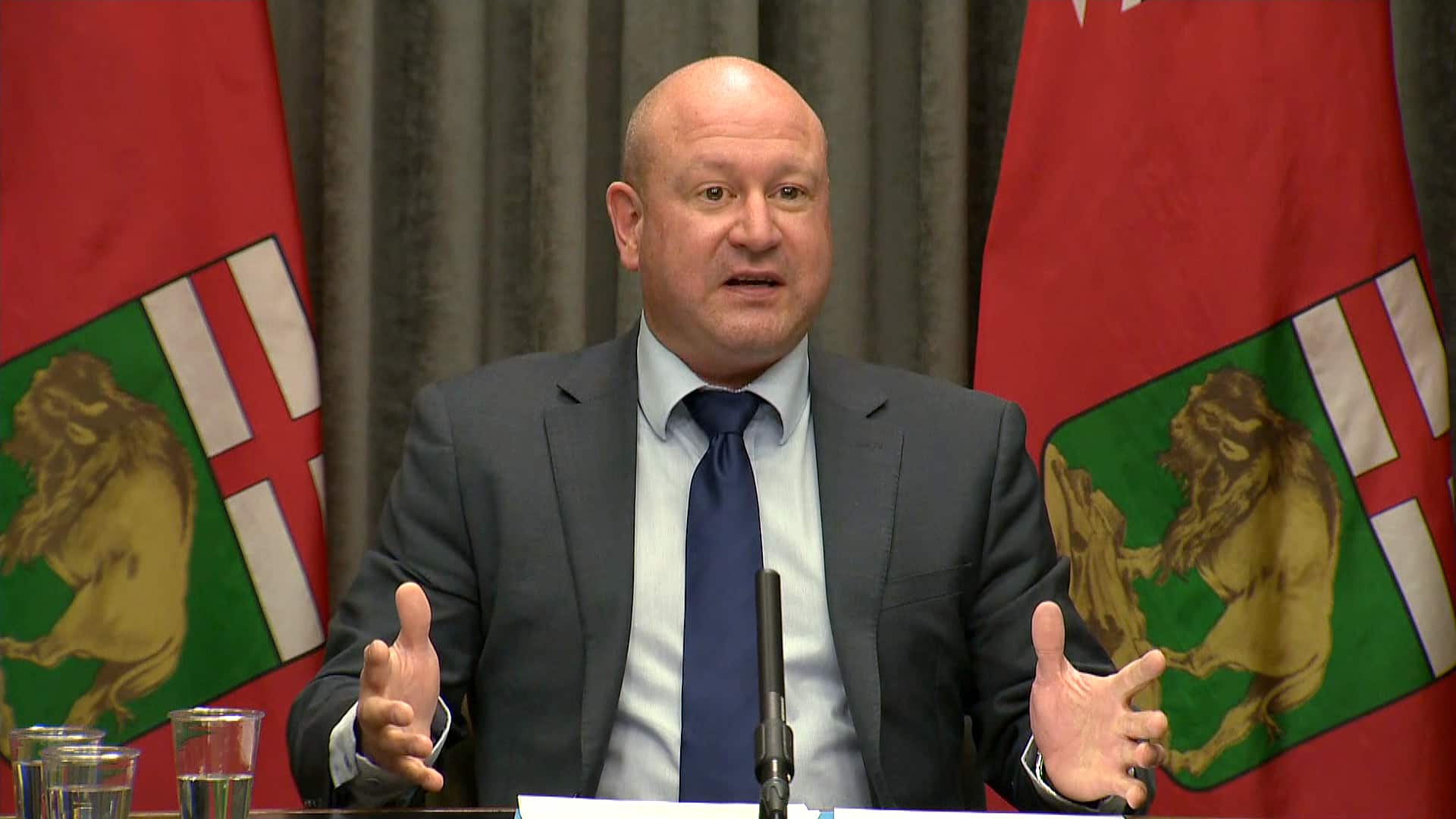 The entire province was moved to code red under the provincial pandemic response system just under a week ago, and a new $ 298 fine may now be issued to people not wearing masks at indoor public places.

Meanwhile, British Columbia Premier John Horgan is calling on the federal government to implement a “pan-Canadian approach” to travel during the COVID-19 pandemic.

Horgan said people should not be travelling in and out of B.C. unless on essential business.

“I’m asking the federal government to work with us and other provinces to get the message out that if you do not need to travel between jurisdictions, you shouldn’t do that,” he said.

He said travel restrictions brought in a week-and-a-half ago that advise against non-essential travel in and out of the Vancouver Coastal Health and Fraser Health regions will be extended for “the next two weeks at least.”

His comments come a day after B.C. reported 11 deaths and 717 new cases of COVID-19 — the highest single-day figures reported by the province to date in the global pandemic.

COVID-19 case numbers in Nunavut increased again on Wednesday as health officials announced 10 new cases, bringing the number of confirmed cases in the territory to 70.

The territory, which reported its first case of the novel coronavirus just this month, is closing schools and non-essential businesses for a two-week lockdown.

“This is it folks — it’s time to take a stand and fight against COVID-19,” Premier Joe Savikataaq said Wednesday. 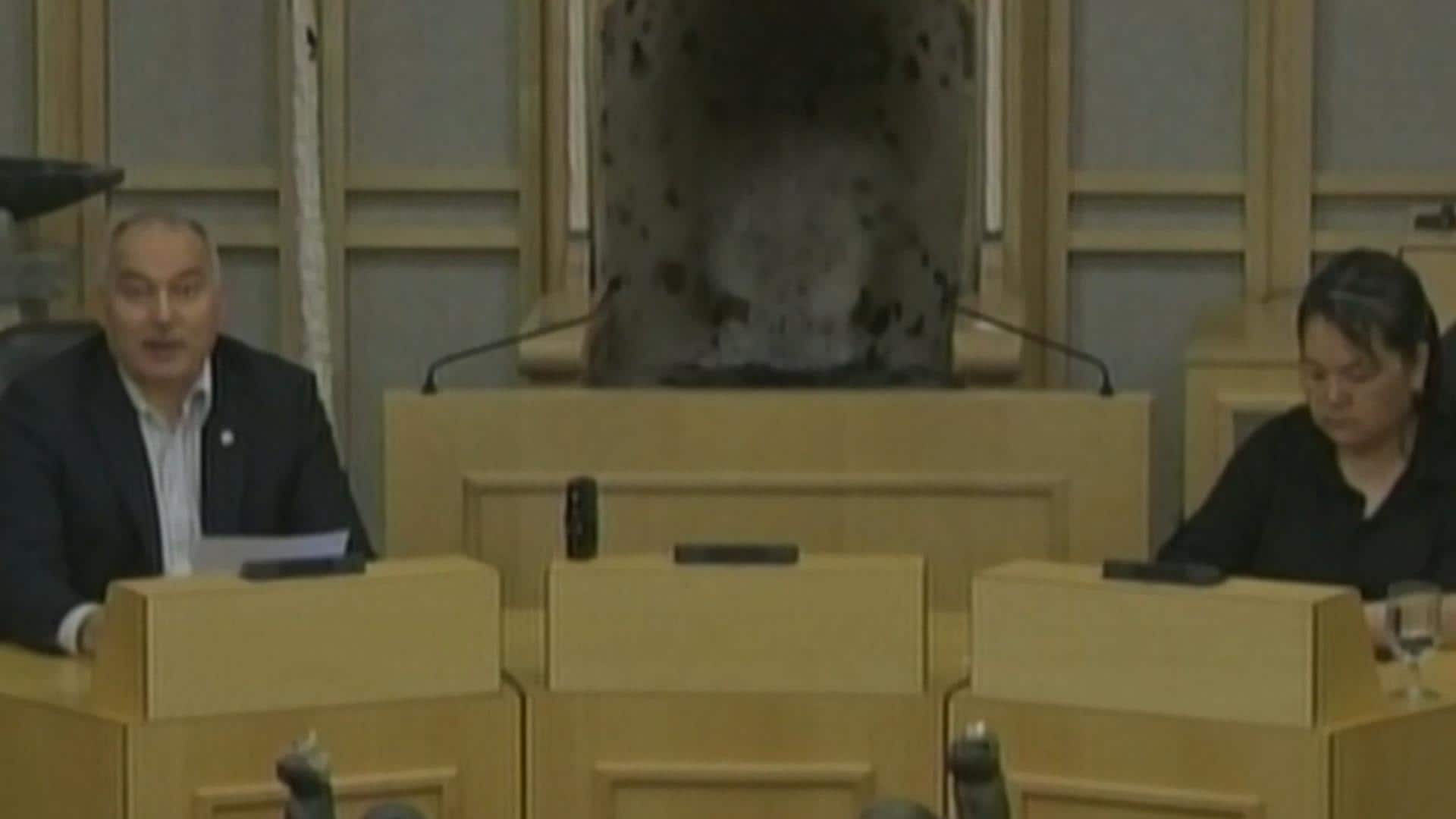 As Nunavut began it’s two-week lockdown to fight the spread of COVID-19, Premier Joe Savikataaq appealed to Nunavummiut to follow the rules, and reach out for help if they are struggling. 2:34

“We have the opportunity to turn this around in two weeks,” he said, reminding people that tight rules could be extended if needed.

He urged people to stay home, stop socializing and go out only for essentials. Savikataaq said the recent rise in cases is significant and seems scary — and urged anyone struggling through the pandemic to reach out to friends and family or help lines if needed.

The Northwest Territories, meanwhile, imposed additional restrictions on travellers entering the territory from neighbouring Nunavut’s Kivalliq region. In Yukon, health officials reported one new COVID-19 case on Tuesday, bringing the number of cases reported in the territory to 25.

Quebec reported 1,179 new cases on Wednesday and 35 deaths, with eight reported to have occurred in the last 24 hours. Hospitalizations increased to 652, with 100 of those cases in intensive care.

Premier François Legault said Tuesday that discussions around holiday guidelines are ongoing, but he said guidelines on how to handle gatherings could come in the days ahead.

Quebec, the hardest-hit province in Canada, has reported 127,233 infections and 6,710 deaths linked to the virus since the start of the pandemic.

Saskatchewan reported 132 new cases and one new death on Wednesday. Health officials on Tuesday expanded mask requirements to all indoor public places provincewide in an attempt to slow the spread of the novel coronavirus.

The province is also suspending all visits to long-term care homes unless there are compassionate grounds and is limiting private indoor gatherings to no more than five people. 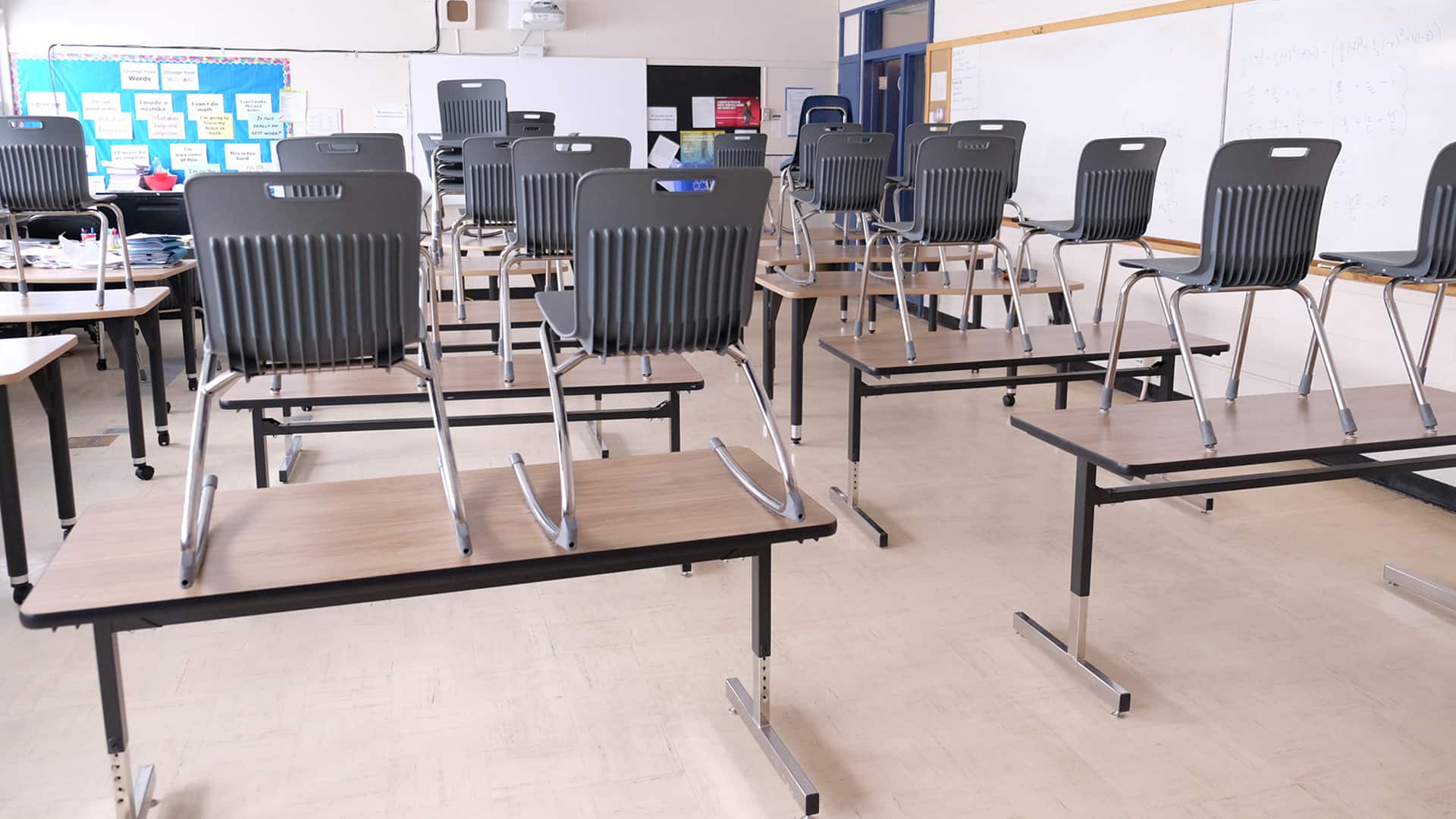 Alberta schools are feeling the impact of the province’s climbing COVID-19 cases. One Calgary high school has sent all Grade 10 and 11 students home for two weeks, after many were required to self isolate and staffing also became an issue. 1:51

In Atlantic Canada, Nova Scotia reported three new cases on Wednesday. The province’s top doctor warned of community spread of COVID-19 on Tuesday, saying there are seven cases in the province “where we can’t identify a source that is directly related to travel.”

Dr. Robert Strang said health officials “have to conclude this may be from local transmission.” 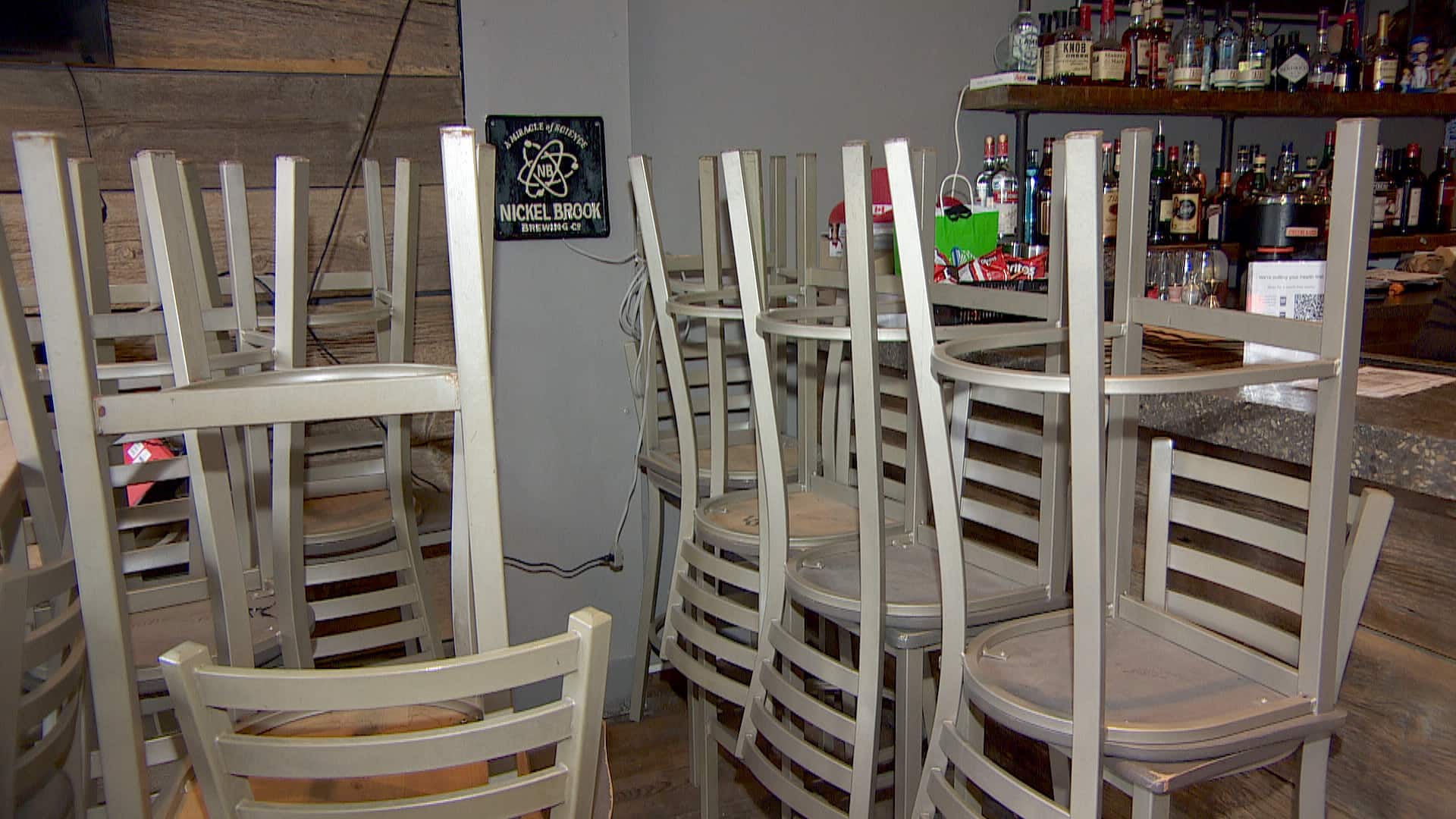 As the pandemic worsens and people are being told to stay home, some small business owners say it would be better to be shut down, with government support, than be left hanging in limbo. 1:50

“By now we know with sacrifice and a little creativity we can still find ways to connect with the ones we love during the holiday season,” she said.

New Brunswick reported nine new cases on Wednesday, bringing its total since the start of the pandemic to 388.

In Prince Edward Island, which as of Tuesday had three active cases, the premier said masks will be mandatory in all public indoor spaces.

“This isn’t about the cases here; this is about the turbulence we are seeing across the country,” Dennis King said.

From The Associated Press and Reuters, last updated at 11:45 a.m. ET

As of early Wednesday morning, more than 55.7 million cases of COVID-19 had been reported worldwide, with more than 35.8 million of those listed as recovered by Johns Hopkins University. The U.S.-based university’s tracking tool put the global death toll at more than 1.3 million.

In the Americas, U.S.-based Pfizer said Wednesday that its latest COVID-19 vaccine trial results suggested the shots are 95 per cent effective and that the vaccine protects older people most at risk of dying from COVID-19.

Wednesday’s announcement from Pfizer and its German partner BioNTech, just a week after revealing the first promising preliminary results, comes as the team is preparing within days to formally ask U.S. regulators to allow emergency use of the vaccine.

They also have begun “rolling submissions” for the vaccine with regulators in Europe, the U.K. and Canada and will soon add this new data. 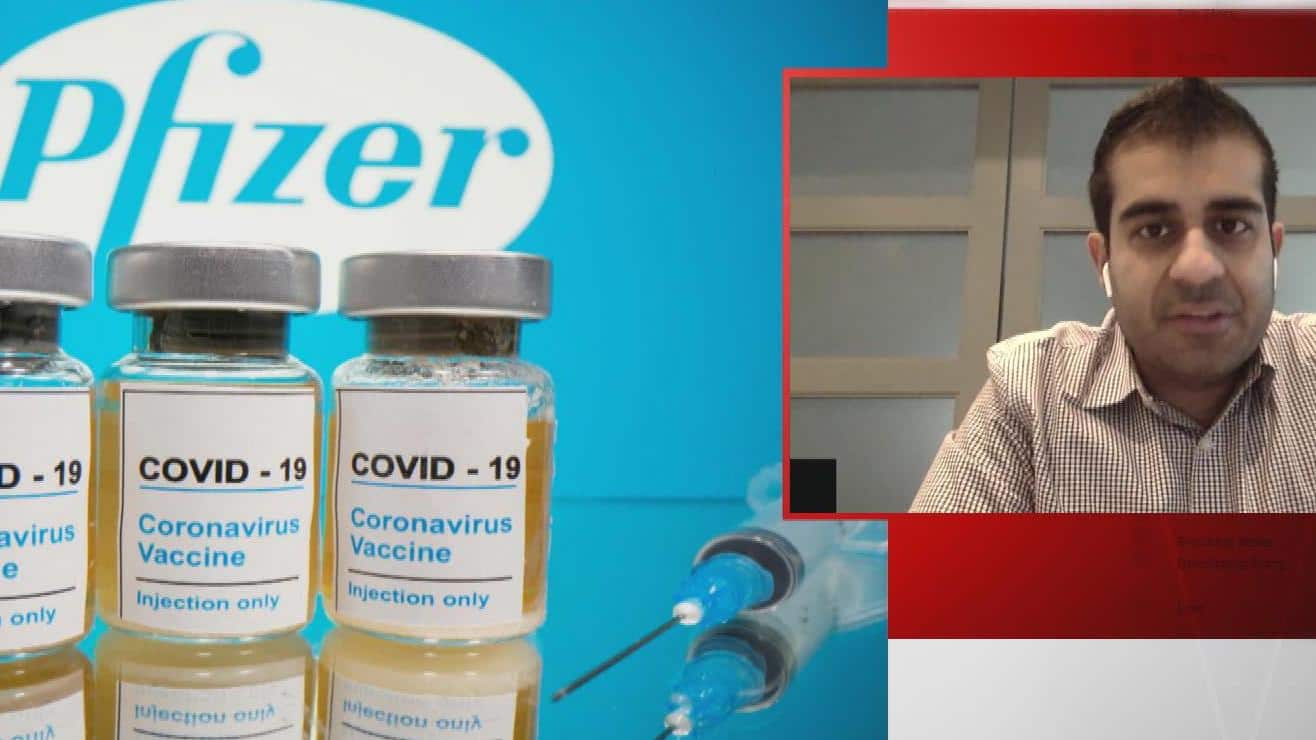 Though encouraged by what he knows so far about Pfizer’s COVID-19 vaccine, infectious diseases physician Dr. Zain Chagla says there’s still a lot of data that needs to be peer reviewed. He also cautions that the vaccine’s estimated efficacy rate of 95 per cent may not be maintained outside clinical trials.   7:08

Brazil’s Sao Paulo state is set to begin importing the first of 46 million doses of China’s Sinovac vaccine this week, while the federal government takes a more cautious approach with a vaccine developed by Pfizer.

In Europe, authorities in Portugal say 85 per cent of intensive care beds set aside for COVID-19 patients are occupied.

Health Minister Marta Temido says 432 COVID-19 patients are in intensive care units, where a total of 506 beds are earmarked for pandemic patients.

German police fired water cannons Wednesday at demonstrators protesting coronavirus restrictions in Berlin’s government district after crowds ignored calls to wear masks and keep their distance from one another in line with pandemic regulations.

The protests came as German lawmakers opened debate on a bill that will provide the legal underpinning for the government to issue physical distancing rules, require masks in public and close stores and other venues to slow the spread of the virus. While such measures are supported by most people in Germany, a vocal minority has staged regular rallies around the country arguing that the restrictions are unconstitutional.

Sweden registered 96 new deaths among people diagnosed with COVID-19 on Wednesday, the highest for at least three months, Health Agency statistics showed. Sweden has recorded a total of 6,321 deaths, several times higher per capita than that of its Nordic neighbours but lower than some larger European countries such as Spain.

Poland, meanwhile, reported a record 603 new coronavirus-related deaths in the past 24 hours on Wednesday, but a senior official expressed optimism over a fall in new infections since restrictions were tightened.

The health ministry reported 19,883 new cases, a much lower tally than the one-day record of 27,875 registered in the country of 38 million on Nov. 7.

In Africa, Zimbabwe has closed a school after 100 students tested positive for COVID-19, state media reported, as authorities warned of the risk of a new wave of infections in a country that has so far recorded few cases.

The John Tallach Secondary School in the country’s west has been turned into a quarantine centre, the Herald newspaper quoted Oppah Muchinguri-Kashiri, chair of the country’s COVID-19 task force, as saying. She says 73 students are asymptomatic and 27 show mild symptoms. An undisclosed number of teachers also tested positive.

Authorities suspect that a pupil who recently travelled to neighbouring South Africa infected the others, the paper reported. South Africa, with more than 750,000 recorded infections, has the highest confirmed COVID-19 cases in Africa.

In the Asia-Pacific region, South Korea has recorded its largest daily rise in coronavirus infections in about 80 days as officials prepare to tighten physical distancing rules around Seoul. Officials on Wednesday reported 313 new daily virus cases, the first time the daily caseload exceeded 300 since late August.

Under rules taking effect Thursday for two weeks, no more than 100 people can attend rallies, festivals and concerts. People will have to sit at least one seat apart at theatres, concert halls and libraries, while sporting events are limited to 30 per cent capacity.

Authorities in Tokyo have announced nearly 500 new cases of the coronavirus, the biggest daily increase in the Japanese capital since the pandemic began, amid a nationwide spike in infections and as the country discusses with Olympic officials how to safely host the postponed Summer Games next year.

Malaysia, meanwhile, said it has signed an agreement with China to co-operate on the development of a safe and effective vaccine.

The Australian state of South Australia will begin a six-day lockdown at midnight Wednesday, with schools, universities, bars and cafes closed.

Only one person from each household will be allowed to leave home each day, and only for specific reasons. The restrictions also require most factories to close, nursing home facilities to go into lockdown, and weddings and funerals to be put on hold. Outdoor exercise is banned, and wearing masks is mandatory.

In the Middle East, Gaza’s Health Ministry has reported 600 new coronavirus cases and four deaths over the last 24 hours, the highest daily increase of both since the pandemic reached the isolated Palestinian territory.

Gaza has been under an Israeli and Egyptian blockade since the Islamic militant group Hamas seized power there in 2007, and its health system has been severely degraded by years of conflict and isolation. Authorities have reported more than 12,000 coronavirus cases and 54 deaths so far.

Hamas has periodically ordered the closure of schools, businesses and mosques to contain the spread. A prolonged lockdown would compound the economic woes of the territory’s two million Palestinian residents.