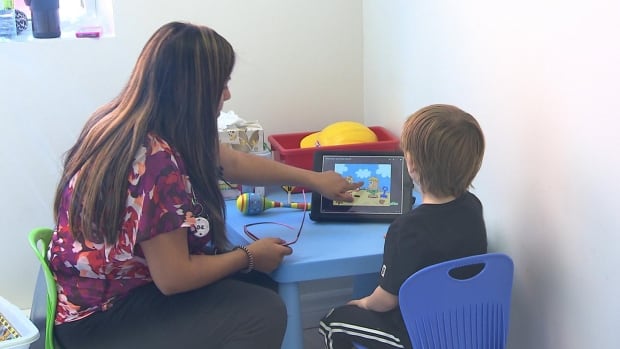 Autism has become so overdiagnosed that within five to 10 years there could be almost no difference between groups of people who have been diagnosed with the condition and those who haven’t, a Canadian researcher warns following the publication of a new review.

A new meta-analysis published Wednesday in JAMA Psychiatry that analyzed 11 previous major studies carried out since 1966 found that the profiles of individuals diagnosed with autism have become progressively less different from those of the general population.

Laurent Mottron, a research psychiatrist at the mental health unit of Montreal’s Rivière-des-Prairies Hospital and one of the study’s authors, said the gap could soon narrow to nothing.

“Autistic people we test now are less and less different than typical people — really less and less, to the point where if the trend continues, we won’t be able to find the least difference within five or 10 years,” he said in an interview.

Mottron said the problem is that the criteria have shifted to the point where a diagnosis could become nearly meaningless.

Mottron and a group of researchers from Montreal and Denmark conducted a meta-analysis of previous studies that compared people who have been diagnosed with autism with those who haven’t. The analysis, which included data from 27,723 individuals, includes practically “the whole of planetary research on the autistic brain,” Mottron said.

The analysis found that the differences between the groups in five of the seven main constructs that define autism, including emotion recognition, theory of mind, planning and brain size, have decreased over time.

Globally, the number of people diagnosed with autism has risen dramatically in recent years. In the U.S., for instance, it has gone from less than 0.5 per cent of the population in 1966 to more than two per cent. In Quebec, the number is approaching two per cent.

It’s possible there has been a true increase in the condition, the study’s authors say, but there could be other factors that account for their findings, such as greater public awareness and a lowered threshold for diagnosis.

The understanding of autism, they say, has evolved “from a narrowly defined clinical picture to a spectrum of conditions of uncertain similarity.” They warn that this blurring of the line could potentially make it more difficult to study the disorder.

Mottron said the criteria for a diagnosis have become “trivial,” including a child’s lack of friends or a dislike of haircuts or tags on clothing.

He said the research points to a rampant problem of overdiagnosis that he blames on schools, doctors and parents alike. He goes so far as to suggest that a diagnosis can work in a school’s or parent’s best interest by making them eligible for extra help and funding that they may otherwise not receive.

“Right now, a diagnosis of autism is what allows one to get services in schools,” he said. “When you have an autism diagnosis, you have much greater chances of getting all kinds of extra things compared to another condition — which is total nonsense, because the need for services is independent from a diagnosis.”

Mottron acknowledged that the situation is complicated because mild forms of autism do exist. However, he noted that having certain autistic traits isn’t the same as having autism and said it’s “fundamental” for medical professionals to move beyond a simple checklist of symptoms before issuing a diagnosis.

He said the potential for misdiagnosis is problematic in many ways, including the risk of children receiving the wrong treatment.

“The people who are diagnosed as autistic when they aren’t often have problems, but they’re not the same ones,” he said.

He said the cost of specialized services for autism are high, and too many diagnosed children can spread resources too thin, meaning those who need them most don’t get enough.

February 25, 2019 Admin Comments Off on Woman with disability banned from No Frills store after failing to pack groceries fast enough

'They're taking away our hope': Ontario autism program changes leave families anxious about how they'll cope

March 10, 2019 Admin Comments Off on 'They're taking away our hope': Ontario autism program changes leave families anxious about how they'll cope