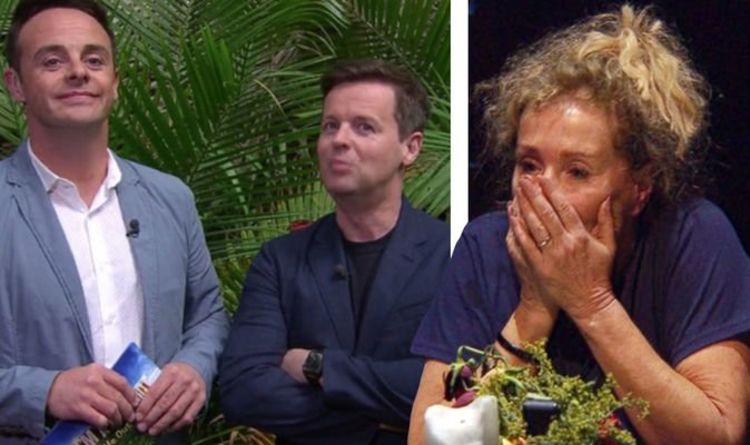 I’m A Celebrity fans have been left a little confused with Coronation Street actress Beverley Callard’s eating habits after she stated she has been a vegan since March, but continued to eat foods that are generally considered not part of the strict diet. But it turns out those suspicious foods were vegan after all, after presenters Ant McPartlin and Declan Donnelly confirmed the food choices as they defended her against “fake vegan” claims.

The 63-year-old has undertaken several Bushtucker Trials since she entered the castle, one memorable one being Frights of the Round Table, which was the first eating one of the series – and arguable the most anticipated.

She, Vernon kay and Jordan North were subjected to some gruesome goodies, but it was revealed that Beverly would be fed only vegan dishes while her two peers had to munch away on everything from testicles to brains.

But when her first treat arrived – Cheese Fruit Vomlette – some ITV viewers were left confused as to how it is classified as a vegan dish when it contained cheese.

And on Tuesday’s show, Beverley was seen tucking into a Scotch egg alongside her campmates, after Ruthie Henshall and Jordan successfully completed the Castle Coin challenge and returned to camp with a platter of snacks.

A typical Scotch egg usually consists of a hard boiled egg wrapped in pork sausage meat and then dipped in crumbs.

And it wasn’t long before some viewers were up in arms once again, with one saying: “The UK watching Bev eating her Scotch egg after telling the nation she’s vegan…”

Another wrote: “Bev eating a scotch egg after being a vegan since March #ImACeleb.”

The Corrie star’s vegan admission came as a shock to lots of viewers, including her on-screen son Simon Gregson.

Speaking to the Loose Women panel, the Steve McDonald actor appeared to cast doubt over the actress’ dietary preferences.

“Rebecca, her daughter, is vegan and I’m sure Bev has done it for all the right reasons, health and to save the planet, if you believe that, I’m a mango!” he joked during the interview.

He then added: “I’m pretty sure it’s because she doesn’t have to put a willy in her mouth.”

Despite appearing to tease his co-star, he was still wholly supportive.

He later added: “She’s doing brilliantly and the great thing about Bev is that she’s a brilliant storyteller, she’s a massive team player, and even though in the deepest parts of her soul, ‘There’s no way I wanna do that!’

“But she will! She’ll go the distance.”

I’m a Celebrity continues every night on ITV at 9pm.

February 5, 2020 Admin Comments Off on Jeremy Clarkson: ‘I have to keep going’ Top Gear star addresses struggles with solo move