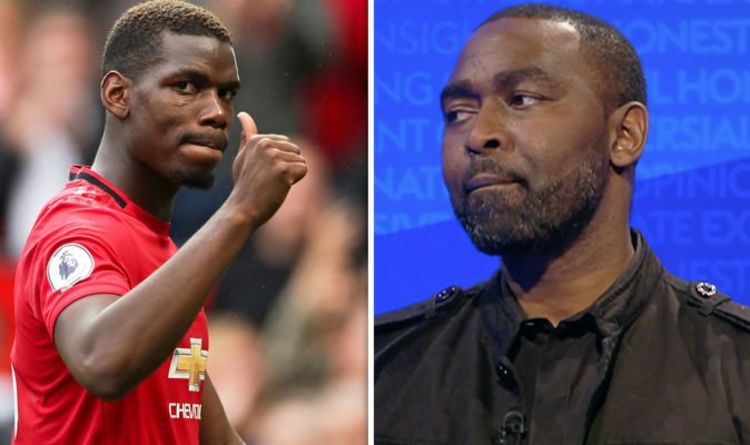 That is according to Manchester United legend and club ambassador Andy Cole.

Paul Pogba was linked with a move away from Old Trafford during the summer transfer window.

Both he and his agent Mino Raiola spoke out about the Frenchman’s desire for a new challenge away from the Premier League.

But Pogba has remained with the Red Devils for now and Cole says he has been behaving impeccably.

“I’m a massive fan of him,” Cole said on The Debate.

“Paul knows that as well, I’m a big fan of his.

“I think sometimes he gets too much criticism because a lot is expected of him.

“Ultimately when someone expects so much of one individual and he doesn’t perform week in, week out, everyone starts questioning him, his ability, his mindset or whatever it may be.

“By all reports, what I’ve heard, he’s been absolutely unbelievable since he came back for pre-season.

“He’s worked his socks off, not been a problem and he’s doing the right things.

“I think that performance [in the 4-0 win over Chelsea], especially second half and the passes and the goal he set up for James as well, I think that speaks volumes for him.”

Following the victory over Chelsea, Pogba claimed his future was still uncertain, with some European transfer windows still open.

However, Cole says there is no way United will let the 26-year-old leave without being able to sign a replacement.

“It would be Manchester United’s disadvantage to let him go now, so I can’t see that materialising.”

WWE news: Why Becky Lynch will be the next Stone Cold Steve Austin – Eric Bischoff

December 24, 2018 Admin Comments Off on WWE news: Why Becky Lynch will be the next Stone Cold Steve Austin – Eric Bischoff

December 22, 2019 Admin Comments Off on Jurgen Klopp opens up on Club World Cup final emotions as Liverpool scoop another trophy