– News of Wayne and Denise’s relationship comes after he reportedly split from ex La’tecia Thomas, whom he dated for most of 2019

Denise shared a loved-up photo set to her Stories showing them sharing a kiss and smiling at the camera.

Alongside a black heart emoji, the plus-size model wrote:

“Somehow in the middle of all the madness, something special happened. Us.”

BANG Showbiz reports that although Wayne hasn’t publicly responded to the post on his own social media pages, the 34-year-old model seems to be the only person he’s following on Instagram.

The publication reports that the Lollipop hitmaker seemed to confirm he was seeing someone during an interview with fellow rapper Nicki Minaj last Friday.

Speaking on the Young Money Radio with Lil Wayne series on Apple Music, the Anaconda hitmaker joked about her love life.

Nicki, who married Kenneth ‘Zoo’ Petty last year, reminisced about the time when Wayne told her to get a good man. 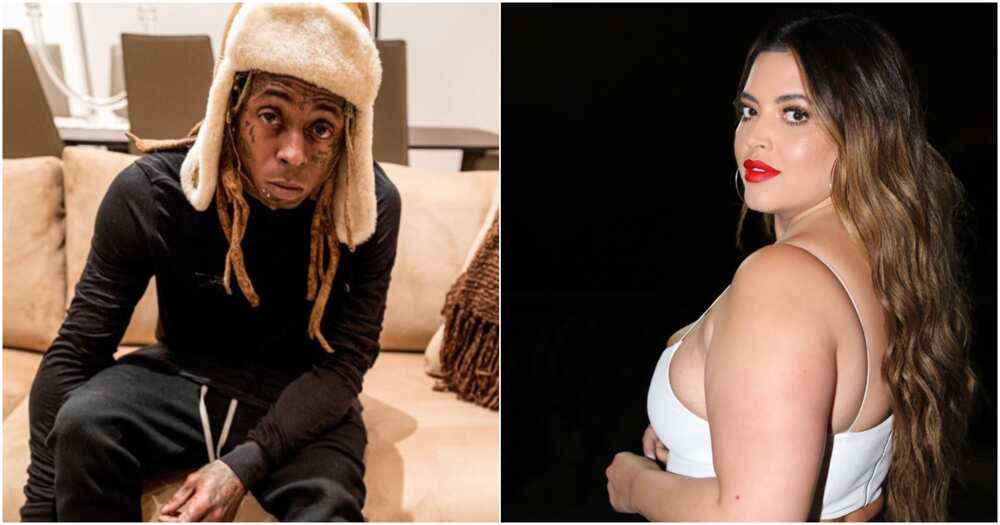 Seemingly hinting at his own relationship status, Wayne said:

“I just hope my girl heard that, that’s all.”

During their conversation, Nicki, 37, admitted to loving life with her childhood friend, saying she “can’t complain” about their romance.

“Good, good, good. I can’t complain. I really cannot freaking complain. I didn’t think it would be as refreshing and calming as it is.”

News of Wayne and Denise’s relationship comes after he reportedly split from ex La’tecia Thomas, whom he dated for most of 2019, according to BANG Showbiz.

Hints were dropped after a fan asked Nicki how she was keeping herself busy. Her response was that she was having cravings for red meat.

July 19, 2019 Admin Comments Off on Just in: South west governors state position on calls for Fulani residents to leave zone