– Popular Nigerian actress, Ruth Kadiri, has addressed people who want the country to be better

Talented Nollywood actress, Ruth Kadiri, has taken to social media to address Nigerians who were fond of praying for the country to be better despite being engaged in fraudulent activities.

In a post shared on her Instagram story, the mother of one asked if they knew that for the country to get better, a lot of their incomes will cease?

Explaining further, Ruth said that she was addressing those will ill-gotten wealth who were thriving on the lawlessness that was prevalent in the country. 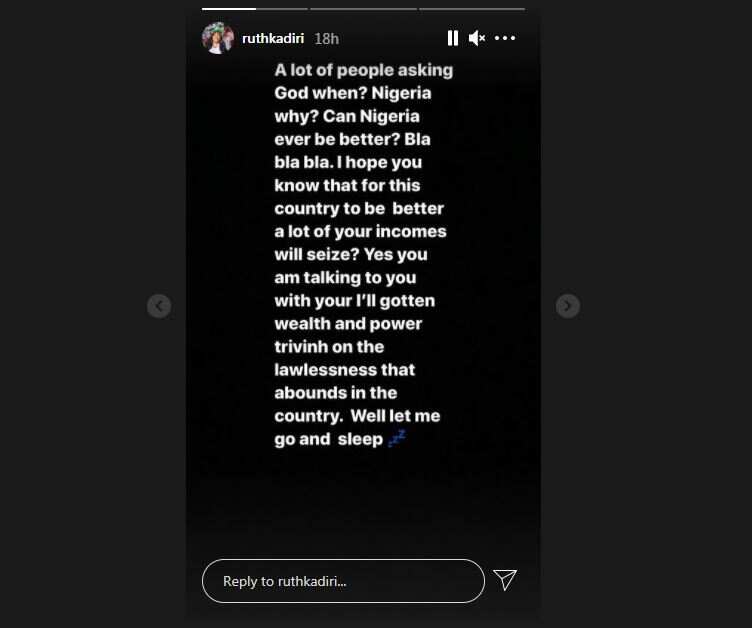 Actress Ruth Kadiri had this to say about Nigeria getting better. Photo: @ruthkadiri
Source: Instagram

In a subsequent post, the actress joked that she is the one who would eventually rule the country. 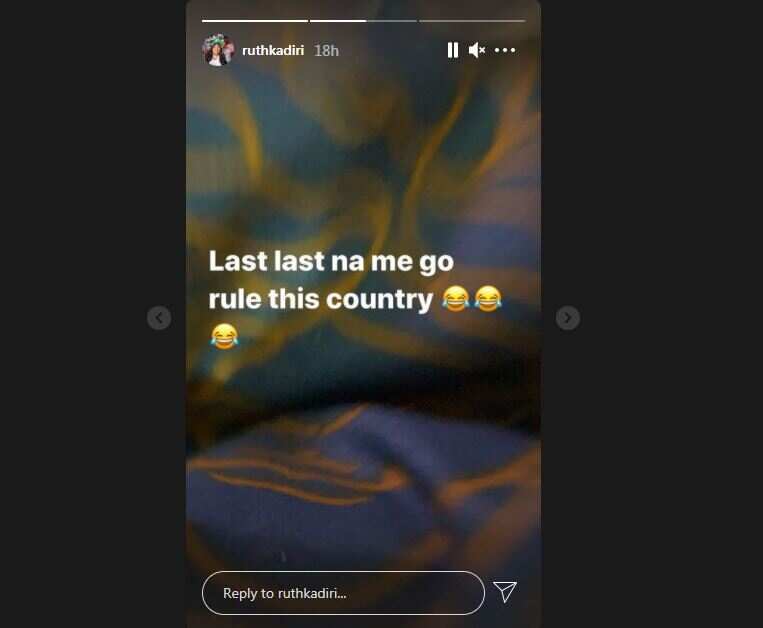 Ruth Kadiri joked about being the one to eventually rule Nigeria. Photo: @ruthkadiri
Source: Instagram

In other news related to the film star, Legit.ng earlier reported that Ruth Kadiri said that Nigeria could not be better until there were consequences for wrongdoers.

Kadiri added that a lot of people always manage to get away with their wrongdoings in the country except for those who are poor.

The film star’s submission generated mixed reactions from fans on her page. Many however agreed with her opinion.

Owolawi Taiwo is an entertainment and lifestyle journalist at Legit.ng with over two years working experience in the media industry. She has a degree in English and International Studies from Osun State University, Osogbo.

When she is not reporting on celebrity lifestyle, you will find her listening to music, reading, learning new recipes, or remembering awkward situations she has been in and laughing at herself.

March 3, 2020 Admin Comments Off on Kaduna attack: Death toll rises to 50 as Governor El-Rufai talks tough, reveals what he’ll do to bandits soon