– 50 Cent sent a mischievous message to the Hollywood star on Instagram and Will, in turn, asked him to leave

American celebrity couple Will and Jada Smith have been in the news over the past couple of weeks and the drama got even more interesting following their recent conversation on Jada’s Red Table Talk.

Their video sparked several reactions in the online community and among those who have taken the opportunity to troll the couple is rapper and business mogul, 50 Cent.

The rapper known for going after fellow celebrities sent a message to Will on Instagram under the guise that he was checking upon him.

Exciting facts about the life of Rebecca Black

An appreciative Will, in turn, thanked the rapper for showing concern in light of recent happenings and also explained that they had broken up when 50 Cent asked why they made their issues public. 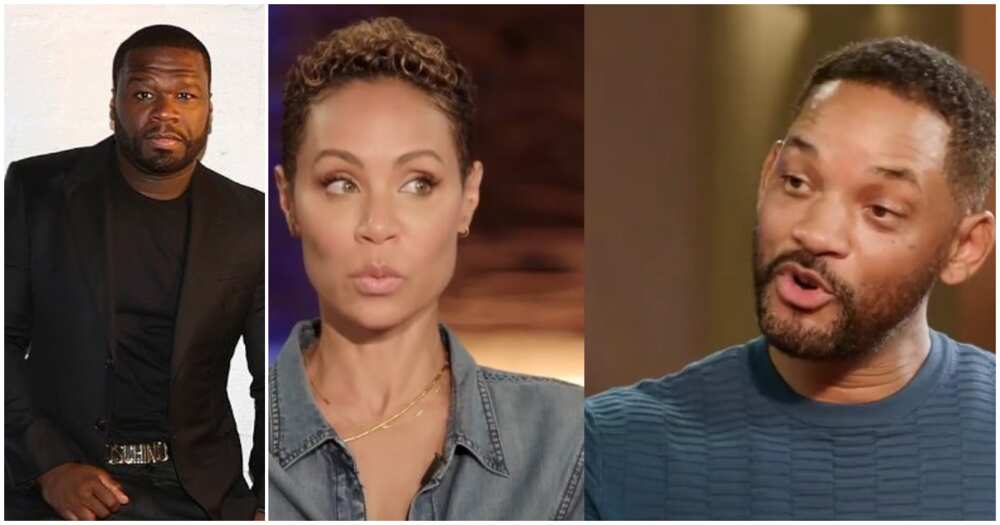 However, little did the Hollywood actor know that the music star was out to make fun of him.

The next line of conversation that followed saw 50 Cent making a rude comment about the situation. This made Will ask him to take his leave.

Several fans had mixed reactions to what had played out between both of them. Some of them expressed reservations at the rapper’s action.

All you should know about Lady Gaga’s boyfriend Michael Polansky

rap: “Why he blaming you for her actions.”

igorbarbosa: “Why thou bruh! Leave the legend alone bruh! Hahaha, you got other concerns anyways, why you care.”

blankgodd_: “You trippin man. Will obviously doesn’t feel good bout this. Don’t go throwing at him.”

davidperry22: “You’re not a true brother for posting it for everyone to see.”

glyn_thomas: “Why do you have to post private messages like that man!? Why are you involving in his private life.”

giftyagu: “Seeing y T.I hates you so much, reaching out to him to do this? This is childish. Grow up.”

Some months ago, Legit.ng reported that the rapper took to his social media page with a half-hearted apology for those he may have offended in the past.

According to the rapper, he was not a sorry person and that was all he had for those who felt he had done something wrong against them.

September 30, 2018 Admin Comments Off on How fake army colonel was arrested Kaduna state

NNPC rolls out punishment for fuel price hikers, insists on N133.28 per litre

April 3, 2019 Admin Comments Off on NNPC rolls out punishment for fuel price hikers, insists on N133.28 per litre