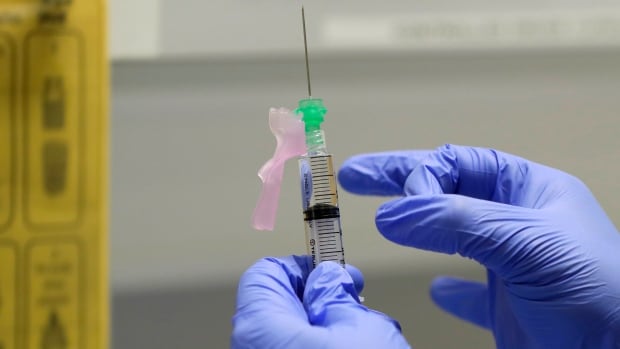 AstraZeneca has resumed the U.S. trial of its experimental COVID-19 vaccine after approval by regulators, and Johnson & Johnson is preparing to resume its trial on Monday or Tuesday, the companies said on Friday.

The news signalled progress against the novel coronavirus that has infected more than 41 million globally, including eight million Americans and more than 200,000 Canadians, and comes 10 days before a U.S. presidential election that may hinge on plans to fight the pandemic.

AstraZeneca, one of the leading vaccine developers, paused its U.S. trial on Sept. 6 after a report of a serious neurological illness, believed to be transverse myelitis, in a participant in the company’s U.K. trial. J&J paused its large, late-stage trial last week after a study participant became ill.

Both companies have contracts to provide vaccine to the United States and other governments if they are cleared by regulators.

Temporary halts of drug and vaccine testing are relatively common: In research involving thousands of participants, some are likely to fall ill. Pausing a study allows researchers to investigate whether an illness is a side-effect or a coincidence.

Officials and experts have expressed concern that the regulatory approval process overseen by the U.S. Food and Drug Administration (FDA) will be undermined by political pressure.

“As this trial resumes, I am hoping the message communicated to the public is that we are following procedures to highest ethical standard and not interfering with the FDA regulatory process,” said Matthew Hepburn, head of vaccine development for Operation Warp Speed, a public-private partnership to speed inoculation efforts.

Infections are rising in 80 countries as people in the northern hemisphere spend more time indoors with winter approaching.

J&J said on Friday that the safety panel, called a Data and Safety Monitoring Board, has recommended that the drugmaker resume trial recruitment after finding no evidence that the vaccine caused the volunteer to fall ill.

J&J expects to resume its trial in the United States on Monday or Tuesday and remains on track to produce data from the trial on the vaccines’ effectiveness by the end of 2020 or early 2021, J&J’s chief scientific officer Paul Stoffels said.

J&J is also in discussions with other regulators to resume a trial outside of the United States, the company said.

So far, the medical board has not identified a clear cause for the patients’ illness. J&J cannot reveal any details about the patient’s sickness because of patient privacy rules, Stoffels said.

AstraZeneca said that the FDA has reviewed all safety data from the trials globally and deemed it safe to continue testing the vaccine.

AstraZeneca trials in the U.K., Brazil and South Africa resumed last month even as the FDA continued its investigation into the case.

AstraZeneca’s vaccine is being developed along with researchers at Oxford University.

Jurors in traumatic trials need counselling and support, not just 'a coffee and a handshake': advocate

January 16, 2019 Admin Comments Off on Jurors in traumatic trials need counselling and support, not just 'a coffee and a handshake': advocate

She survived the Holocaust and died of COVID-19. Her family says pandemic’s human toll is lost in the numbers

November 17, 2020 Admin Comments Off on She survived the Holocaust and died of COVID-19. Her family says pandemic’s human toll is lost in the numbers

May 29, 2019 Admin Comments Off on New hotline to help human trafficking victims launches across Canada